I was eight years old the first time I had a panic attack, though I didn’t recognize it for what it was until decades later.

Dr. Jim Mudrey, the principal and owner of the small non-denominational Christian school I attended from first through eighth grade, sat in one of those plastic molded chairs that seemed to exist in every school, eminently stackable and always uncomfortable. He faced his Bible Studies class and began to teach. His tone, warm but grated like someone who had secretly smoked for years, was authoritative and genteel at the same time. He had steely blue eyes, wiry gray hair, and a paddle in his office called The Board of Education that had holes in it for decreased air resistance and more pain.

I remember his enthusiasm and genuine joy as he described what heaven would be like for those of us who made it in. He painted a beautiful portrait of a world where everything was perfect, and you would have your heart filled with love every day for eternity. Our goal, he reminded us, was to be good Christians and good people, follow the golden rule and the ten commandments, and pray for the reward that would be heaven.

My classmates seemed entranced by this golden oasis that awaited us at the end of our productive and altruistic lives. I wasn’t so sure. The concept rattled around in my brain for the rest of the school day, and on my bike ride home. It wormed its way into my subconscious through dinner, homework, and ultimately, bedtime. Laying there, staring through the ceiling above, I pictured heaven. Bright and soft around the edges. Smiles and white robes adorning everyone. A halo on every head. Limited in scope and structure by the trite imagination of an eight-year-old boy.

It didn’t end there. I saw myself in heaven, waking up and facing each morning with a smile. I played games and ate all the Mr. Gatti’s pizza I wanted and rode my bike at breakneck speeds down the biggest hills and went home and went to bed. And then woke up the next morning and did it all again.

Every day, doing all of the things I loved for as long as I wanted.

For all of eternity.

The weight on my chest suffocated me. I couldn’t catch my breath and the room collapsed in on me, wall by wall. The ceiling was inches away from my nose, pushing down on me, crushing me on all sides. Terrified sobs choked out as I wailed for my mommy as loudly as my smothered lungs allowed.

It must have still been early because she appeared in the doorway almost instantly and came to me. Trained as a surgical nurse and imbued with a Catholic maternal instinct, she typically had the bedside manner of a military nun, ripping off bandaids and using hydrogen peroxide without mercy. Tonight was different, and she spoke with an atypical gentleness. “What’s wrong, honey?”

My words were a multi-car pileup, smashed together and impossible to tell where one began and the other ended. She nodded like she understood and sat on the bed. “Close your eyes and take a deep breath. Hold it, and now release.” She rubbed my head down to my shoulders and along my arms. “Now do it again, and imagine relaxing every part of your body from your head down to your toes. Picture your forehead relaxing completely and just going completely limp.” This continued from my forehead to my jaw to my shoulders to my arms and each finger, down to my legs and toes, until the crushing weight fell away and I slept deeply, dreaming of something other than the terror of eternity.

Twenty-four years later, after recovering from my second anxiety attack ever (as I write this I realize this was actually my third, and my second had happened several years earlier, reducing me to painful sobs for an hour), the memory resurfaced, as so many do when we are presented with new light to shine on something repressed and shrouded in darkness. It illuminated my whole life, the decisions I’d made and actions I’d taken, and the role that anxiety had played in shaping so much of my life. It was the revelation I needed to be free, not from anxiety, which continues to have a role in my life to today, but from the hold it had over me.

The concept of eternity, however, remains the only thing in life that I fear. 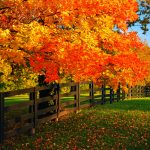 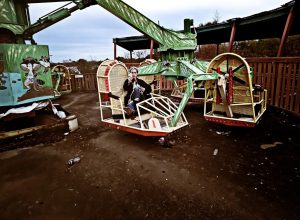 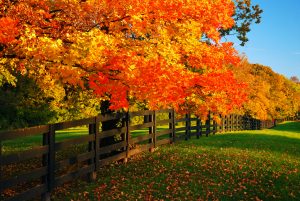