Skip to content
At the fork in the road, she looks left then right
and chooses the middle with a wink and a grin.
Oh how the wayward souls go

Tomorrow I’ll lock my front door for the first time, and the last time, in eleven years. My home has been figuratively and literally open to anyone who needed anything for over a decade, an era that ends right now.

This wasn’t just a home. It was family dinners and karaoke nights and pool parties and dad jokes and stripper drama and unconditional love and unwavering support. People lived here because it was safe, fun, and judgment-free. It was a refuge for my kind of people – the wayward ones. Those who chose their own paths, forged their own futures, and triumphed over harsh adversity.

I moved to this home newly divorced and terrified of being alone. I leave as someone who loves himself, who has grown and learned and become a much better person. The lessons over the last decades were hard ones, but I’m proud of who I’ve become. And as I witness each one of my chosen family go on to do amazing things, I’m even prouder of them.

Change has always been my enemy. It’s brought anxiety attacks, sleepless nights, and hours of abstractly calculating everything that could go wrong. But tomorrow, as I begin a trip with no end in sight, change will be my constant companion, and the thought of embracing it warmly terrifies me. No more routines, my brain says. No more familiarity, my social sense cries. Aha, but no more stagnation, either. No more complacency. No more doing the bare minimum.

I’m so excited.
I’m so terrified.

What’s going to happen next? 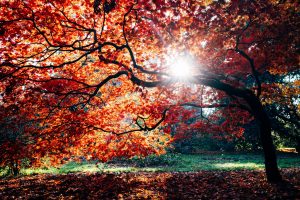